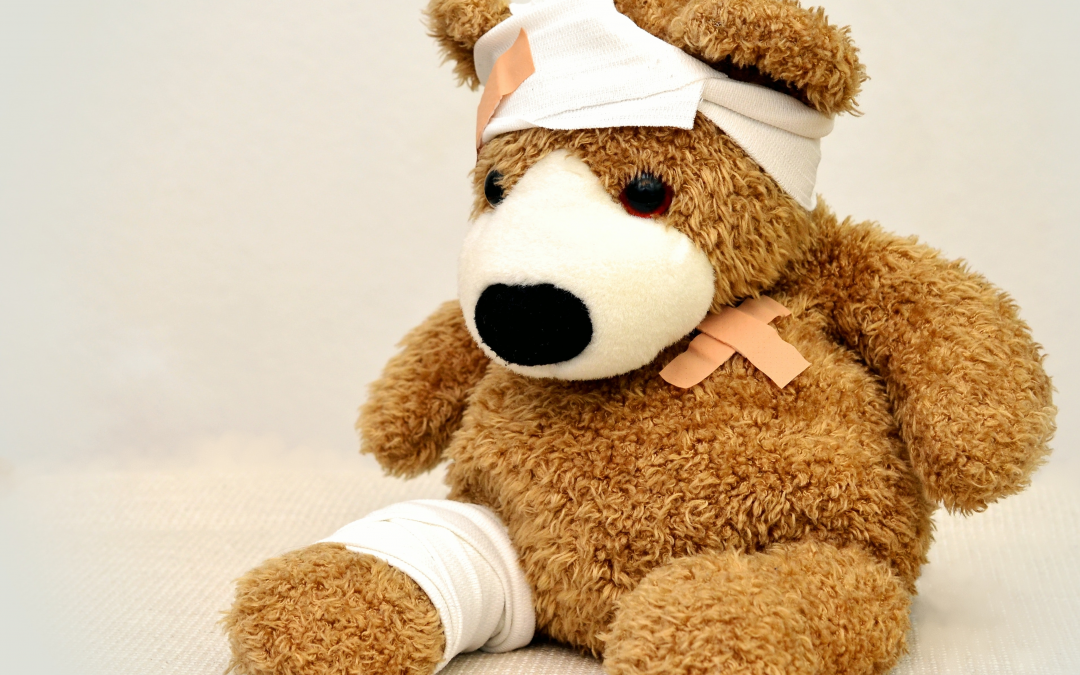 I’m always impressed by those who sign up for (or admit to being) first aiders. I had the qualification for a number of years, and my most pressing memory of that time is combing, chimpanzee-style, a young man’s hair for deeply rooted bee-stings after he had careened face first into their hive in a frenzy to win a race.

First aider’s tea breaks are constantly interrupted by scratches on knees from a fall, pull themselves out of bed in the middle of the night on sleepovers to deal with homesickness masquerading as sore tummies, and work their magic to make slings out of whatever scrap material they can find.

When we go to first aiders for help, we have belief they can treat us when we’re not feeling well, but our expectation on first aiders isn’t that they will know everything, or be able to treat us completely. No, our confidence in them lies in being the first responders to a scene, to identify and deal with symptoms in that moment, respond with what they are equipped to do, ensure safety, and then if necessary pass it on to someone who does have the skills and ability to take the next steps.

First aiders don’t feel they need to know everything to intervene.

We believe and accept this when we think about first aid for broken bones and bruises, but when it comes to mental health, we hold ourselves to a different standard.

We see people around us struggling with anxiety, perhaps displaying the symptoms of a panic attack, catch a glimpse of a destructive lifestyle pattern, or symptoms of depression becoming more evident in our interactions, but so often we fear taking action or hold ourselves away from stepping in with a simple query of “Are you okay?”

Why? Maybe because we feel we don’t know enough, aren’t equipped enough, or don’t have the ability to see the big picture of what’s going on under the surface of what we’re seeing.

I think we need a new mindset, to start building a culture in which we consider ourselves mental health first responders. One in which we don’t stop ourselves from picking up a phone to check in with someone, or saying we’ve noticed a pattern in their mood or behaviour, because we fear not knowing enough. Instead, we’re willing to put ourselves out there, offer help to those we may see displaying symptoms of distress or unease, helping ensure they feel safe, seen and heard, and then putting or encouraging them to get in touch with someone who has the skills or expertise to take them on the next part of their journey to wellness.

Let’s remember that to be mental health first responders, we don’t need to know everything to ask the question “Is everything okay?” realising that this might be exactly and in that moment, all someone needs to hear.

—
WhyMind has recently added a workshop to equip parents, leaders, and young people in becoming mental health first responders in their communities. This interactive workshop looks at common symptoms of issues we might see or face in our society, and practical ways we can act to make sure those around us as safe and cared for.
If you’re interested in having WhyMind come and give this workshop in your context, get in touch on the contact page. We’d love to join you where you are!